As an ardent rule follower, famous sayings sort of seeped into psyche as a child.  As I proceed in my blogs, I will be sharing my favorite ones along the way.

When I was a kid, the rule of thumb of most educators was to share that “there is no such thing as a stupid question.” While I have since found out as an adult that there most certainly are stupid questions, the dye was cast.  I am always asking questions…. of which many of them would be considered stupid.  That hasn’t stopped me yet!  I have made my career by asking questions.  Questions are the key to my success. I believe that questions are part of the critical toolset that makes the best consultants or project managers. The consultants that ask the questions to better understand needs, perspectives, concerns are the strongest.  So why do so many consultants come in to a client with a know-it-all attitude?  Don’t get me wrong, if you are hiring a consultant to get the job done and give you the best advice, you want them to know what they are doing.  Consider this though, a consultant comes into your organization assuming they can do what you need without asking basic questions about how your company differs or what you want success to look like when you are done…  Do you think you are you going to reach your goals?  I’d wager otherwise and am willing to prove it.

This is my favorite saying for running my business.  I actually use a variation….If you don’t ask, the answer is always no.  Goes back to the saying that there is no such thing as a stupid question.  As a kid, you are taught that you should ask because if you don’t know, there are probably others that don’t know either.  So true.

On two separate client engagements we had a similar situation.  On one effort, we were asked to turn around a troubled project.  We were the third outside consultant to attempt the turn around.  We had a short window in the entire timeline to complete the project and one department was not collaborating with the other.  We were asked to try to bridge that gap between the departments.  First thing we did? Asked them questions.  How did they define success?  What was the origin of the completion date?    Turns out prior consultants didn’t ask those questions.  The deadline had some flexibility and no one had asked what success should look like to them.  Within a short period, the two departments were talking and collaborating. The project was successful.  While my PM felt that this was not a difficult effort, they were not taking into consideration what the client found complex.  The tactical effort was in fact simple. However, if we look at the assumptions and existing structure of the project when we arrived, it was clearly an effort at risk.  Asking questions and listening were critical to fixing this, thereby ‘simplifying’ the initiative.

On a different client, there was confusion among the many as to their roles and responsibilities.  As the newest vendor at the client, we interviewed all of the other firms and asked them what their roles and responsibilities were.  Turns out, no one had asked those questions previously.  We were able to disprove redundancy and understand root cause as a siloed environment.  Asking questions was the impetus for getting the team to work together.  While it may be simple in hind sight, no one had taken the time to ask the questions.

2. Questions are the gateway to learning.

Here’s the kicker, it’s more important to ask the right questions than to have all the answers.    I love asking “stupid” questions.   I thoughtfully ask those “stupid” questions in order to spark a conversation.  I typically don’t ask questions without a plan in place of where I’m taking the conversation.   I am not the subject matter expert so asking those questions can help me understand where my client wants to take the project and where the value expectations are.  Yet, it isn’t uncommon for subject matter experts to drive decisions from previous experiences that may not be a direct fit with the current situation.  Asking “stupid” questions allows the team to have to “talk it out” in order to build their conclusion.  These questions can help the team of subject matter experts by poking holes in their process and allowing the team to think outside the box. 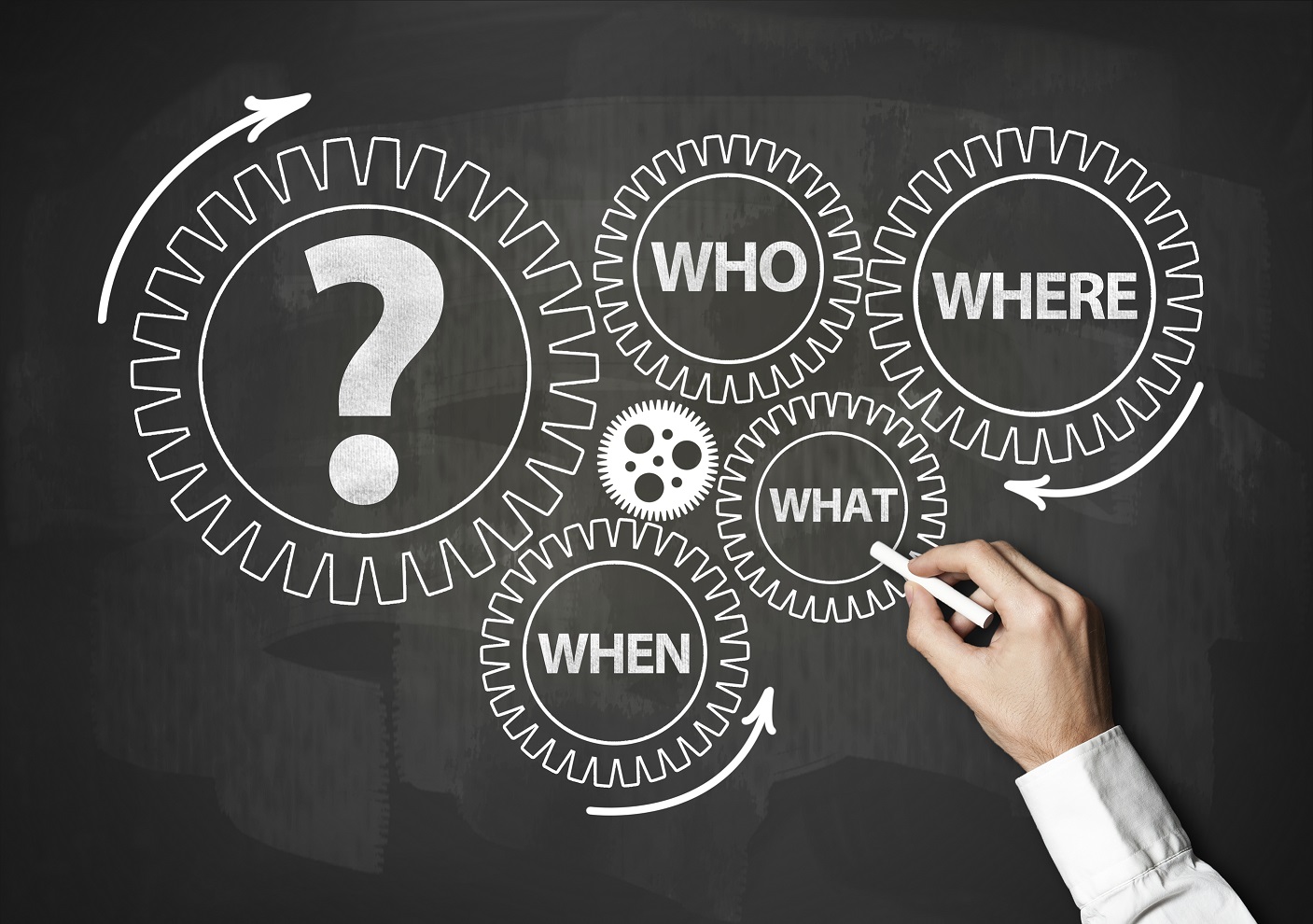 3. Invalidated assumptions will consistently bite you in the tush

When a project goes bad, it will frequently point to the fact that assumptions made throughout the project were not validated.  Assumptions that turn out to be invalid can disrupt the end result.  This is pretty easy to rectify.  Document all assumptions and take the time to validate them.  How do you validate assumptions? Validating means talking to the right resources that can tell you if the assumptions are right or wrong.   The minute you question the validity, the sooner you can make course corrections if you prove them invalid.

In my experience, when people get angry or upset, more often than not, it is because they believe that they are not being heard.  This is true in work and in our own personal lives.  What better way to engage someone than asking them open ended questions and letting them share their needs, concerns, frustrations?  It does two strategic things.

a. Gives them a chance to vent in the hopes that someone will address their needs. It can relieve their frustration if they feel that their opinions are important enough to be considered.  In other words it brings good will.

b. It allows you to better understand what success looks like to all affected users. If I understand where and who are the obstacles when I start, I have a better chance of crafting a solution that will consider all of those factors.  All it takes for a failure to occur is to have one key member of the team roadblock me.

If I understand what everyone is looking for, I can work towards getting buy-in to the whole solution.  Too often people think that it is only important to understand the sponsors perspective for success.  30 years ago, that might have worked but organizations are more collaborative now.  Sponsors often defer to their team for input. Knowing all the levels of need just means that questions need to be asked at all levels.  Either learn about it at the beginning or understand the resistance later at a more critical moment. 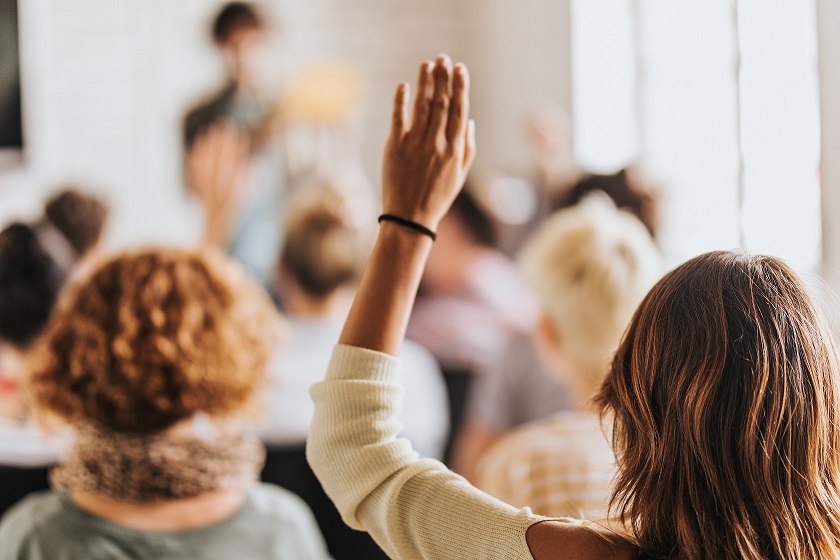 One of the best lessons I ever learned in kindergarten was carried over to my first job as a consultant where I learned to ask open ended questions.

The worst tool of a consultant or project manager or anyone in a lead position is overconfidence. The belief that they have all of the answers and don’t need to involve the team.  One of my firm’s values is humble confidence.  Confidence to get the work done and give our clients the confidence that we know what we are doing, but also the humility to know that we don’t know it all and need to listen.

So what do you think?  Let me know.  I really would like to hear the answers!